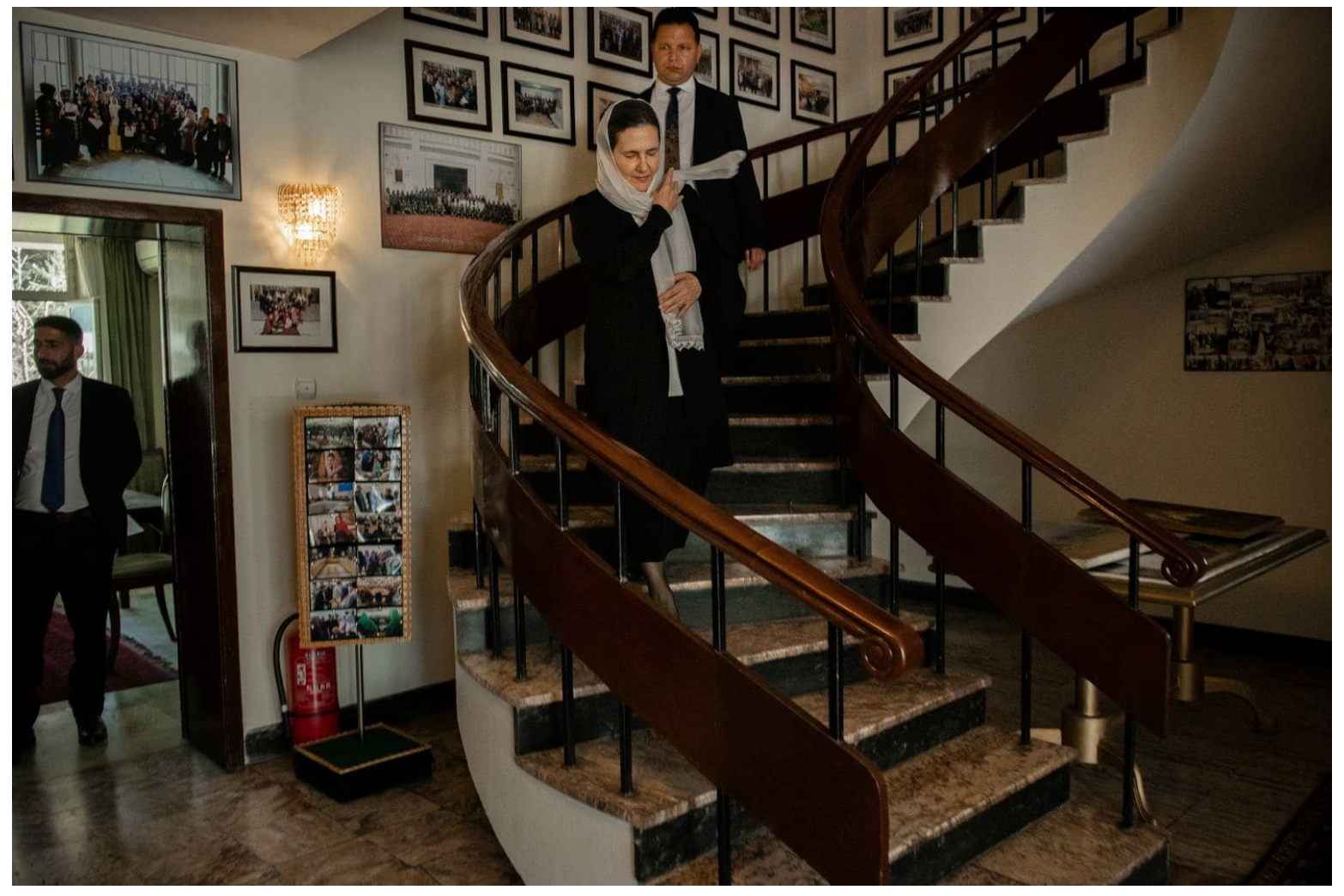 Afghan first lady Rula Ghani is pushing for women’s involvement in the peace process between the United States and the Taliban. (Kiana Hayeri/for The Washington Post)

Media News
on The Washington Post: Her husband’s government has been excluded from peace talks. But Afghanistan’s first lady is rallying the women.
kiana hayeri
Apr 18, 2019
By Amie Ferris-Rotman and
Sayed Salahuddin

KABUL —  For many women in Afghanistan, peace talks between the United States and the Taliban are evoking the darkest daysof their lives, when the group stripped women of their most basic rights.

The Taliban regime banned girls from going to school. Women were prohibited from working. They had to be covered head to toe when venturing outside and accompanied by a male relative, even if that meant their baby boy. Showing a wisp of hair would get them whipped by vigilantes.

The peace talks could return the Taliban to power, and Afghan President Ashraf Ghani’s government so far has been excluded from the dialogue. (A group of Afghan leaders and the Taliban will meet Friday for informal talks, the first in the nearly 18-year war.)

Ghani’s wife, first lady Rula Ghani, has emerged as a powerful voice on the talks and women’s role in them. She is working to become, as she says, “the little stone you put under the urn so it will not fall. This is what I do for Afghan women.”